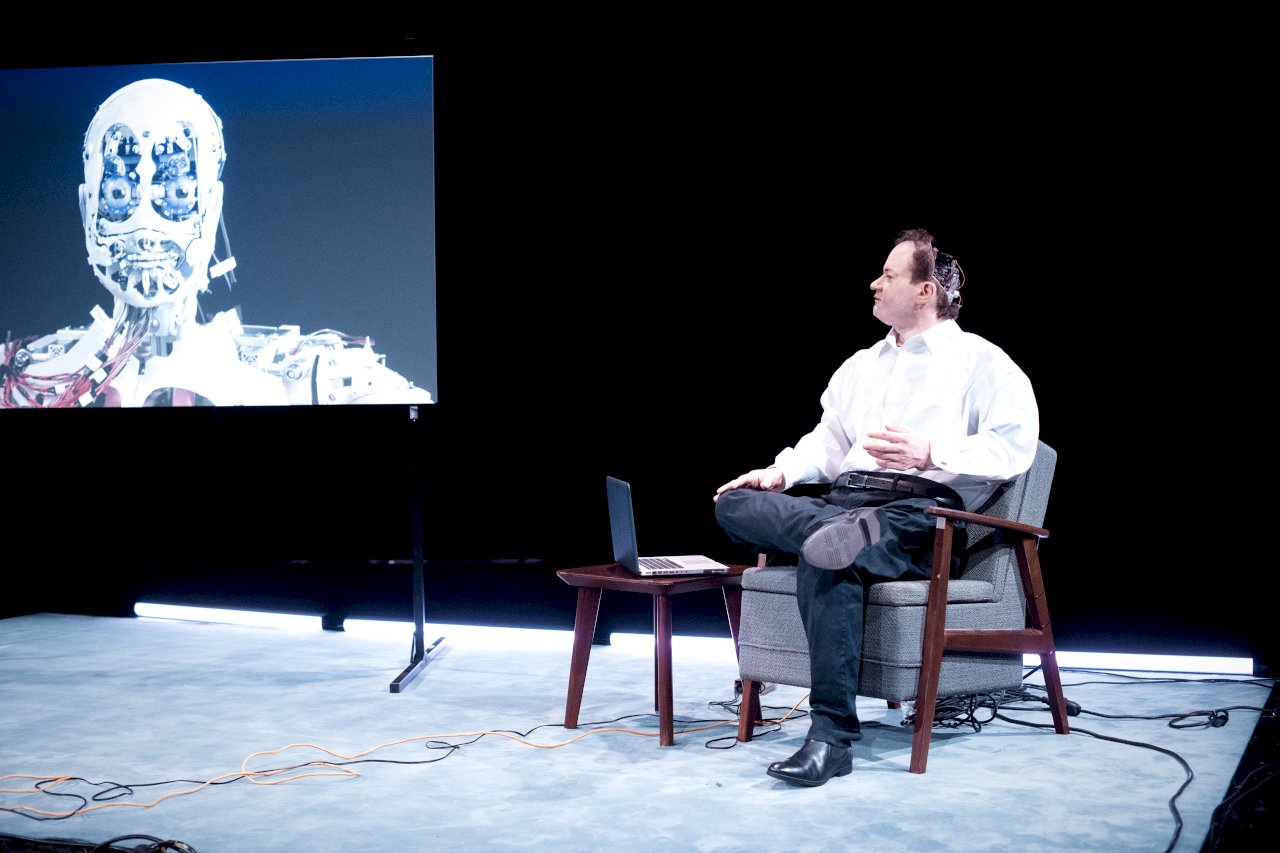 Art that deals with new technologies, that works with Artificial Intelligence and robotics, is in trend. Opera star Andrea Bocelli lets himself be directed by a humanoid. The theater collective Rimini Protokoll produces an animatronic double of the writer Thomas Melle for their play Uncanny Valley, which looks amazingly similar to the original. And a Chinese smartphone manufacturer is making headlines by having Franz Schubert’s “Unvollendete” completed by artificial intelligence and staged in London. Marina Abramovic is posing as a hologram.

The artist is a genius and therefore irreplaceable – this could change in the future. First examples already exist: the portrait of Edmond de Belamy created by artificial intelligence was auctioned by the New York auction house Christie’s for 432,500 dollars, thus exceeding the estimated value by more than forty times. Author of the picture: Artificial Intelligence. The artists’ collective Obvious is behind the coup. Now there is a dispute about who the artist actually is, because Obvious finally brought AI into action. Events that give an idea of what the art of the future could look like, will look like.

What some people consider revolutionary, others consider gimmickry, kitschy and dangerous. And the increasing use of new technologies in culture threatens to abolish the artist. But how much robotics can art take? After all, art is an expression of human experience and an attempt to negotiate the human condition. So can a machine really fit into the complex process of creating a work of art as an independent actor?

Written / directed by Frauke Schlieckau. A production by Lona Media